i'm on my third day of the 2 a day runs - today was better then yesterday. Yesterday as the 2nd run started I crashed and burned. i've had this happen before. 3-4 times over the last 2 plus years i've been running. i don't know what causes it but i just feel weak all over - like i'm about to collapse. it felt that way walking over to the DAHLC. i still got dressed and on a treadmill hoping it might go away - it didn't. the first day of these double runs - Monday - went great and today was good too. For the record yesterday i weighed 245.6 and today 244.6, so it's dropping again. just need to stick with this now.
Posted by Daniel Brevick at 5:58 PM No comments:

back on the two a day runs - it's been since July 12th of 2009 since i have run this much in one day. hopefully my legs won't cramp up tonight. it's not just the run i'm also dropping down to 600 calories or less a day again. it's a defeat of sorts. it was always my belief that maintenance would not require the same effort it took to get the weight off. i think i was wrong. i thought 7 miles a day would be enough - but i'm going back to 14 a day now. it's a bit agrivating to think i need to run that much to maintain my loss - but whatever.

yesterday after my run i weighed 249. for the last few months i have weighed between 247 and 252. i need to get this weight dropping again. i stopped doing the second runs after africa because i needed the time to get work done for the site and other africa related issues. there's still much to do along those lines but when i first stopped the second run i was using the early morning time to get some work done. now i'm not. i'm running after work and getting home so tired and late enough i'm not able to work on anything anyway.

i'm going back to the 2 a day runs. starting monday. it'll feel good if i can manage it. right now i'm thinking i may do this for 5 days a week. take the weekends off from the running entirely to start editing the film. i'll still be push mowing the yard (rather large yard) so i'll get some exercise on the weekends. i'm also going to try to get back on the 600 calorie a day diet. do those two things and i know the weight will drop quickly.

anyway - i need to get a trip planned to florida, my mom is quite interested in seeing all the footage - she gave up the internet altogether so she has not seen any of it. a quick trip to canada has got to happen soon also, to finish filming alicia's story.

i hope it's not raining too much again today.

Movie themes for "The Road to Punda Milia"

I'm making plans to head to Canada to finish filming Alicia. Her story is so cool but of course I can't share much because it'd be a spoiler. I'm also hoping to go to Spain to film/interview Iratxe - she's in Molo now and has done so many incredible things - her impact is astounding.

I said I was going to begin to talk about "The Road to Punda Milia" - at SXSW during one of our dinners I got to pick the brains of my two film making cohorts, Jay Koski and Mitch Winkler. The advice re:organizing my thoughts/ideas and how to begin the editing process were quite valuable. The film is about International Volunteering and our dinner conversation touched upon many aspects of what this is going to be. Mitch got to see some of the footage and was very impressed with both the content and quality.

Here are a few themes:

1. American obesity in our population and the starvation and malnutrition in Kenya. American over consumption in light of abject poverty elsewhere.

2. Giving back what I took (you should never take more then you give), related to the first theme, but personal as I lost 160 lbs before going to Africa - basically I lived the first half of my life unfairly.

3. Quest for personal transition - on the outside and from within.

4. The transforming experience of volunteering

5. Being those without (poverty)

Not sure how these will (or if they will) be incorporated into the film but they will be on my mind as I start to organize things.

the road to punda milia

it's time to begin blogging about "the road to punda milia" - it's way past time actually and I am working on a new blog site specifically for "punda milia" but as that film is part of the down200 film - i'll just post the blogs on both. the two films are absolutely tied together. one represents my physical transformation - the loss of 200 pounds the other my transformation from within. the road to punda milia is about international volunteering - but on a personal level it represents the start of a new life for me.

i weighed 249.5 yesterday
Posted by Daniel Brevick at 2:42 PM No comments:

some folks were just going into st. Johns church for easter service. i thought about iraxte (new friend from spain) and that she will be traveling today from Nairobi to Nikaru (by herself). she will spend two weeks at an orphanage there called melon. i spent a little time at melon and i loved the place. i'm worried about iraxte as my travel experience out of nairobi went very badly.

she won't be in church today because she is not a believer. it's interesting because i now have 5 friends from Spain (4 of whom i met in africa) - none are believers. but all of them do both spain and God proud. iraxte has been in Molo for the last couple months - she'll be in Nikaru for the next two weeks - then back to Molo for two more weeks. she has done so many great things while in africa - i just wanted to share this one.

iraxte found several kids in Molo who were at jeopardy to go blind. the poverty is so extreme that these kids and many kids are not able to get the proper health care they need. she took them to a specialist in Nikaru and will be making return trips for their care and has solicited and acquired special drugs from a supplier in spain. because of her efforts 4-5 kids will now have there sight, who would have otherwise gone blind.

how great is that? who will really be in church today? how do we define a believer? is it the one who sets in church and professes belief? or is it the one who travels alone on a road filled with threat to help others? is church in a building or upon a road? 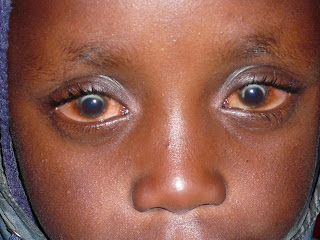 Posted by Daniel Brevick at 9:40 AM No comments:

It's a real challenge to get on this low calorie diet - but so far so good - I was at 255.6 five days ago and I've stuck to it for 5 days - I was down to 247.6 today after my run. The run went well too. Working at SMEVA all day today - trying to do my taxes today. Fun times I suppose. 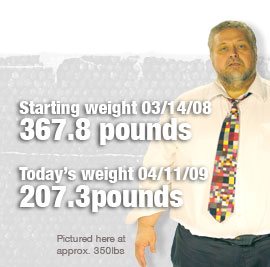